To say that I was unenthusiastic about doing this race would be an understatement. I've barely ridden my bike all year and Lululemon was the title sponsor at the Waterfront 10k on the same day. But I'd told Emma and Ivanka that I was going to do it with them so I begrudgingly signed up. Just because I almost died my first outdoor ride of the season, how bad could it be? 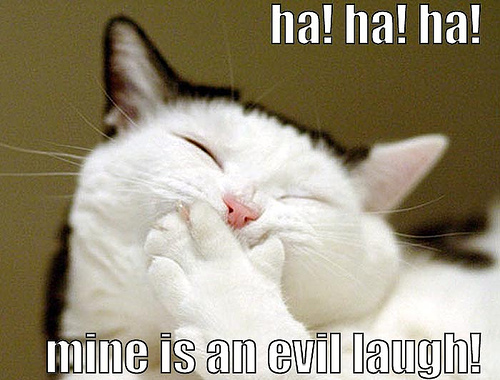 Ivanka picked me up bright and early race morning and we made our way out to Guelph Lake to meet Emma. This is my 3rd time doing an event here so I was fairly familiar with everything. I'm not quite sure how I forgot how crappy the first/last 5k of the bike course is but, details.

We got ourselves all set up and then I made my way down to the lake while Ivanka went to the start of the du. In hindsight maybe I should have done the du as well. But again, details. I got in the water and got out the open water heebeejeebes and chatted with a guy I know from the pool at the Y and Emma. I also saw him at Chilly where I yelled out "Hey, swimming guy!" to him. This time I remembered his name was Chris. We waited for the waves the start and finally it was ours. It was a run in from the beach which was weird but fairly uneventful. I just got in the water and swam as you do at a triathlon. After a short while my goggles started to fog up and soon after I was not really noticing anyone swimming around me but I didn't question it. I also didn't question why the buoys that I was sighting off all of a sudden seemed so far apart. I just swam and did my thing. As I was coming up to the 'turn buoy' a boat with two guys came up really close to me. I did question that a little. What the heck guys?! I've been having earaches in the cold open water lately so I had my swim cap pulled over my ears to keep the water out so I thought they might have been talking to me but I wasn't sure. After a few seconds they came up really close and were pointing to the left. Weird. I thought. I've never been to a race where they point at the buoys for you. I kept swimming and they seemed to be steering their boat right into my path. Eventually I realized that they were telling me that the buoy that I needed to go around was way the hell to the left of me (you're supposed to keep the buoys on your right). I stopped, cleared out my foggy goggles and realized I was in the middle of the swim zone!! "WHERE THE HELL AM I?!?!" I yelled to them. "It's ok, you're not THAT far off" one of the guys said to me in a voice that told me I was indeed THAT far off but he felt sorry for me. I sighed a heavy sigh and started towards the buoy that they were pointing at. Soon enough though a girl on a kayak came paddling up to me and said "No! You have to go around that one back there first!". "F*CK ME!" I yelled, so absolutely frustrated with how this whole swim was unfolding. I started to swim towards the buoy that she was pointing at and thought about just going straight rather than back but considering it was all green caps in the area I'd be pretty easy to pick out in my blue cap. So I went back and swam around the buoy that the girl pointed at, then the buoy that they guys pointed at, then the buoy that I was heading for and then eventually was making my way back to the shore.


I was so disheartened at this point I really thought about calling it a day right then and there. If it wasn't for the fact that the girls would be another two hours before they finished I might have. Instead I made my way to shore, all the way up to the transition area where the timing mat is (which is so stupid) and into T1 where I only noticed one bike other than mine on the rack. I felt like I got out of transition fairly quickly for me and made my way out onto the bike course. My heart rate was crazy like usual and I still had the feelings of wanting to quit the race in the back of my mind. Then I thought about Kerry who's visitation I had been to the day before and got my head out of the dark zone. What wouldn't Kerry give to be racing this day?! Just be happy to be here and that was the end of that. I rode my bike and was happy to be there. I passed a lot of people on the bike which was weird because 1) my bike fitness is garbage and 2) at my best I rarely pass people on the bike LOL. I got to the turnaround and was happy to be making my way back. Around 27k there's a fair hill and I noticed that the girl who was riding ahead of me was swerving all over the place. I was wondering what the heck she was doing! All of a sudden she just tipped over and rolled into the ditch with her bike on top of her. "Are you ok?!" I yelled to her as I hopped off my bike fearing she had collapsed. What else could explain the way she was riding?! "Yes, I'm ok" she said as I pulled her bike off of her. "I just didn't want to change the gears" she said. I couldn't help but laugh "ALWAYS change your gears!" I said to her.  (Since she was riding a tri bike I'd have to guess that she borrowed it from someone and wasn't comfortable changing the gears on the aero bars). I got her dusted off and made sure everything was ok and then we walked up the hill. I'd say about 10 people had rode past us this whole time and only 1 asked if she was ok. I couldn't believe it and made a mental note to catch each one of them on the run. She thanked me for stopping to help her and told me I didn't have to stay with her. I told her that I wasn't winning this thing so I may as well try to be a decent human being. Also, I'm not killing myself starting from zero on the middle of a hill. At the top of the hill I got on my bike, wished her well and told her to remember to change her gears!! A short time later I passed another girl trying to fix her bike. I asked what was wrong and she said she didn't know how to get her chain back on. Thankfully I saw a race vehicle up ahead so they would help her. I just wanted to get back and get on the run to finish this race!

After another trip to transition I made my way out onto the run and was feeling pretty good. Finally! Unfortunately my first few steps running made me realize that the top to my handheld was broken and my drink was splashing everywhere so I had to run back and put it on my transition mat and hope that I could get away with just water on the run. I'd had two scoops of Infinit in my bottle on the bike so that should hopefully be ok. It was pretty hot out so at each aid station I grabbed a water, drank half and poured the rest on my head. It was a decent system and thankfully there was no bonking to be had. Phew! I passed a couple of downed runners, but thankfully they were being attended to so I didn't need to stop for anyone. I was feeling really strong and passing people at a good pace. I offered words of encouragement to everyone I passed and most told me how strong I was running which was a nice confidence booster. There was one sketchy spot where they had us run down into this foresty area and my main thought were ticks and having to go back up that hill. I gave myself permission to walk up it seeing as everyone else seemed to be doing the same thing. The comments from other athletes down there were pretty funny so it made for some entertainment at least. With 2k to go I passed a girl and told her 'good job' and she told me she hated me for how easy I was making it look. I told her I just wanted to get finished, eye on the prize. Up ahead I saw a photographer and spun my bib belt around so he could catch my number and told him that I was ready for him as I threw my hands in the air. Obviously he has never been to a race with Nicole because he looked at me like I was totally weird. LOL

Down the home stretch was the IronCanuks cheer squad, I got some high fives and made my way to the blow up Subaru arch only to find that it wasn't the finish line as I'd assumed. What the hell guys?! Don't put something finish liney out if it isn't the finish line!! Eventually I got to the actual finish line and they called me name and I was happy to be done. And after everything I was happy that I had come out and participated! Go figure. Mind you, I then found out that the Lululemon race gave out donuts at the end and all I got here was a bag of ketchup chips and a sub with pickles and hot peppers on it. I won't bore you with times and placements seeing as I swam over 1600m and stopped to help that girl so none of that counts. What does count is I'm excited to race again on Saturday in Welland and hope that it is uneventful! And probably I should ride my bike a few more times before Irongirl in August. And maybe swim more than twice a month. But, details.
Posted by Sam at 6:42 PM 4 comments: