So it's been two weeks since the start of my training for the Ottawa Marathon and things have been going pretty well. Both weeks I've gotten in all 3 of my runs, and at least 2 cross trains so yay me! I've also caught a cold right after my sinus infection went away so that kind of sucks, but better now than during the peak weeks right?!?!

Week 1
Monday. Snow storm. Drive to the gym? Impossible. Use the trainer for a workout? Not allowed yet. Answer, watch Downton Abbey and ride easy. 16.65km.

Tuesday. 3x1600 in 7:02 on the TM at the gym. These were super hard. My head was not into them from the get go and even though I didn't *have* to stop midway through each of them I did. Mind games. Bah. Zindine has since suggested I just try to bring the pace down a notch rather than stopping. Duly noted for next time. 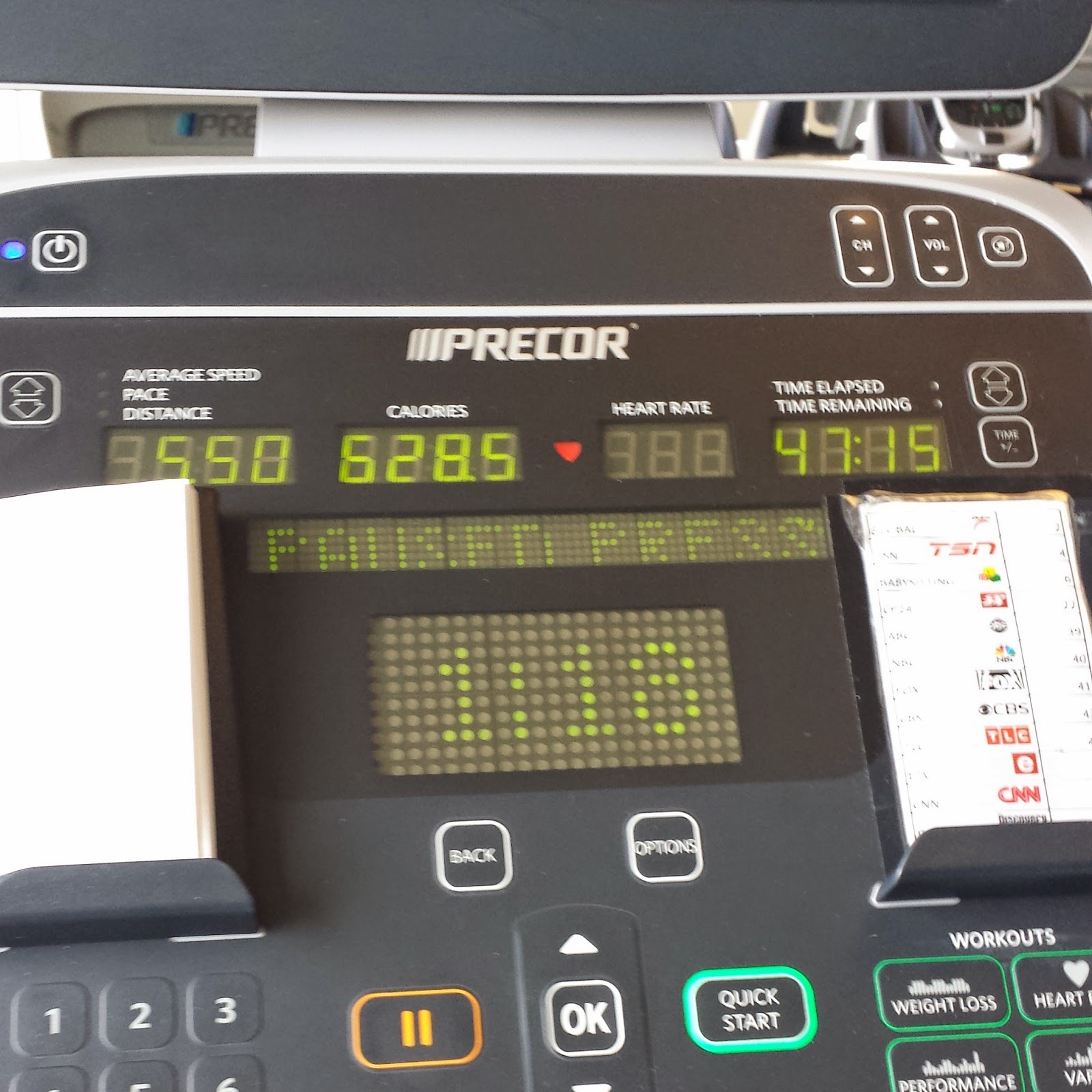 Also this day Bernie came and adjusted the seat on the bike for me as suggested by his friend the professional bike fitter Dr Richard Nyguard. Ok, that's not his name and you won't get my joke unless you watch Parks & Rec but the man's name is Richard and he will be doing a proper bike fit for me in the spring. Oh, did I mention that I'm going to be buying Laura's husbands old Trek? Yay, bike! It's a pretty sweet bike and although it looks like a dudes bike, I'm really excited for it and can easily pink it up. 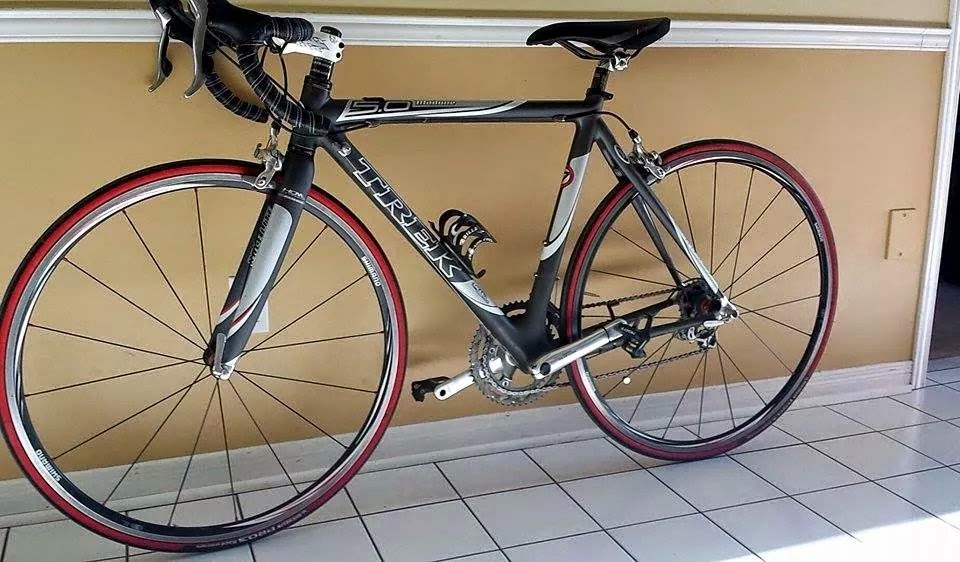 Wednesday. As the only member of the #530amswimclub I was able to get in 2000y because I had no one to talk to. One is the loneliest number......

Thursday. Tempo 2 miles @ 7:35/mile. I got through this no problem. Probably because it was only 2 miles. Easy peasy. I also bitched at the gym that TSN has not been working. Update. It is now fixed. You're welcome all the other women at the gym who also like to watch SportsCentre.

Friday. Spin. I love spin. It's why I'm opting for this rather than the disgusting 5x3.5min 5+MHR intervals that Zindine wants me to do. Friday spin gets my HR up and my sweat on and I don't want to lie down on the floor and weep when it's over. Spin for the win!

Saturday. Supposed to be 21km @ 5:30/km average. Hahahahahaha. Oh Run Less Run Faster. You joker you. I figured 5:45/km was a decent compromise and even easily convinced Emma to run with me. Then the snow happened and that whole plan went out the window. The roads were way to greasy to get any sort of traction so we just ran. Oh well, the effort was there anyway. The run also started off with Patty and Mari so that was fun. 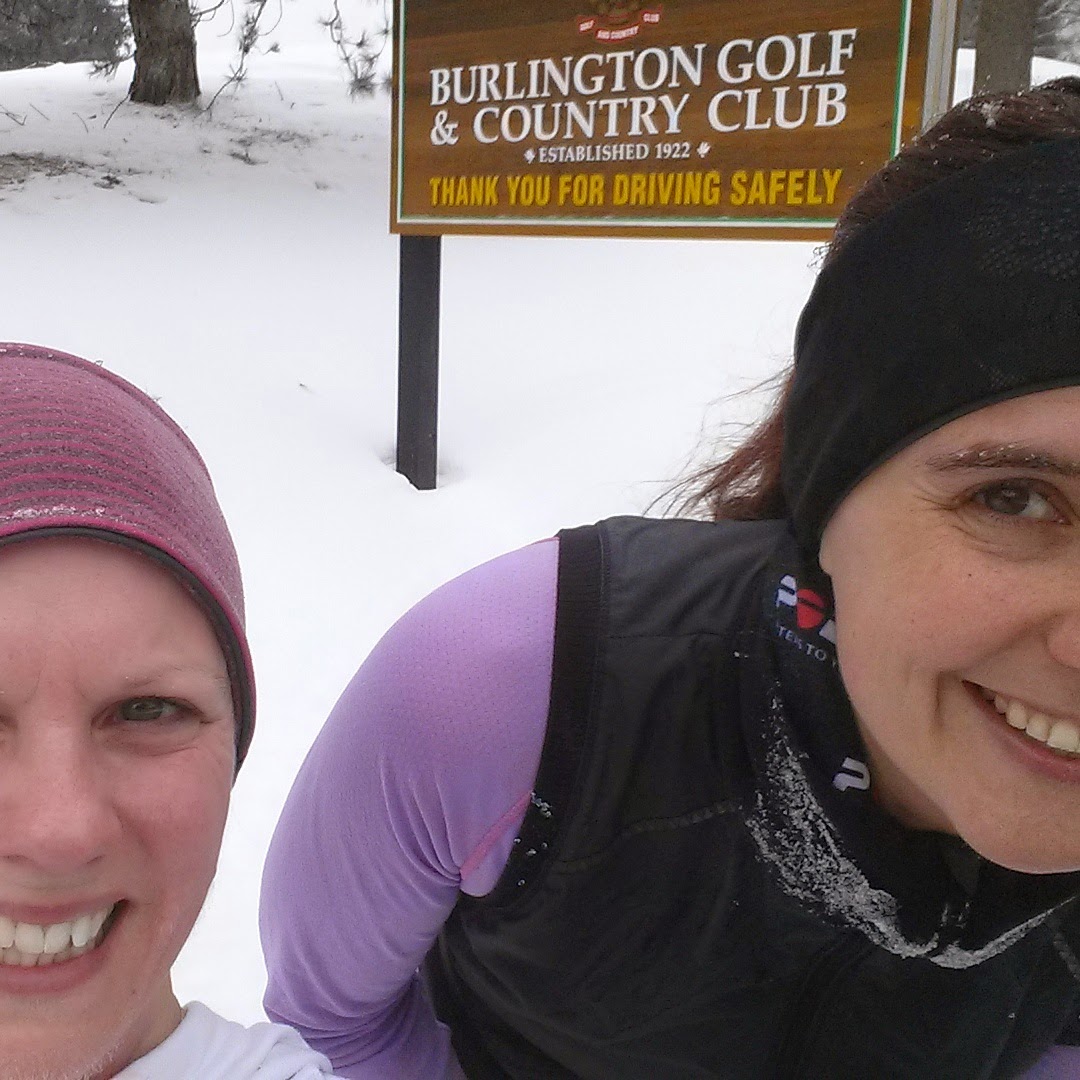 Week 2
Monday. I got up to do my 5x5min MHR intervals on the trainer but the battery on my Garmin was dead and it was too late to get myself ready to go to the gym and use a bike there so I opted for back to bed. I didn't sleep well Sunday night so it was an easy choice.

Tuesday. Tempo 8k @ 5:15/km. This will probably be my last tempo run with Mari for a while as my paces get faster and she's in taper for Pheonix. It went great. We totally nailed the paces and had donuts after! What could be better?!

Still Tuesday. Seeing as Mari wan't going to be able to make it for swimming on Wednesday morning I decided to try out the pool around the corner from my work. I swam 2000m. There were no lines on the bottom of the pool so that was a pain in the ass when I'd zone out and the place was full of weirdos. Oh well, I'll probably go back just for the convenience. And for the people watching although I'll have to keep my water bottle over by the life guard or something so I don't have to worry about weird old guys drinking from it!

Wednesday. I was going to do my intervals on the bike but instead I woke up with a cold and hit the snooze button for 90 minutes. No workout would be happening this day.

Thursday. 4x800m on the TM at the gym. Even though my cold had moved into my chest I nailed this workout. I finished each set strong and felt way better about myself than I did after last weeks speed session. 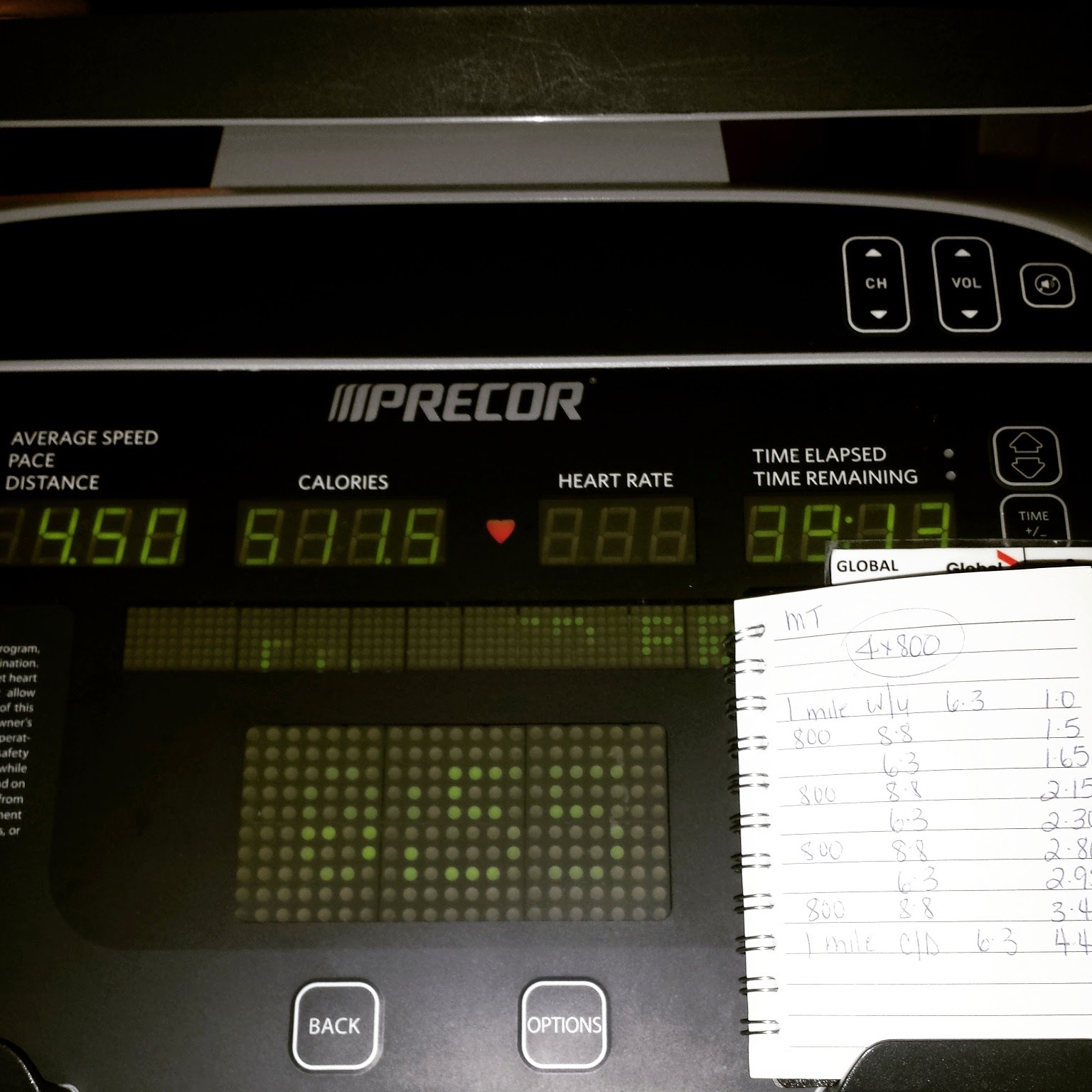 Friday. Spin. Still loving spin. Except for when she announces that we are doing a 10 minute hill climb. Uh. What?! I come to this class for the speed not the slog. If I wanted hills I could have just ridden with Emma. LOL Also went to pick up my baby from school this evening and stopped in for a quick bite at Burrito Boyz where I had my fav sweet potato burrito. I need to learn how to make these because it was the best pre long run dinner ever! 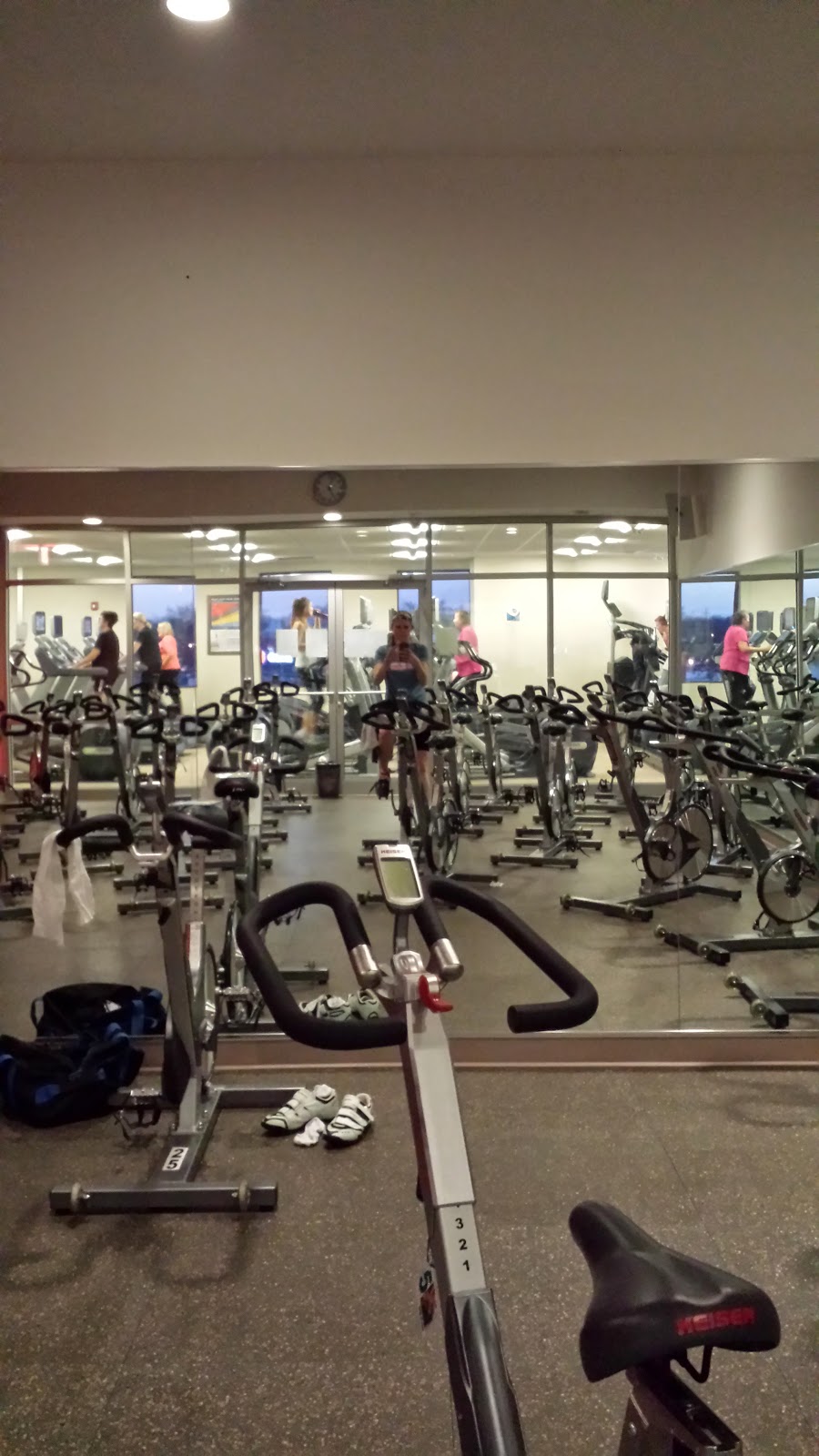 Saturday. 24k with the last 8k at HMP as per Nicole's coaches instructions. I just came along for the ride. And the donut. Like I do. My average pace was supposed to be 5:41 for this one. We finished with an average pace of 5:35. I'm super happy with it. Later this day my cold started getting worse and I ended up in bed for most of the afternoon and evening and then felt like death the next day so that really sucked. 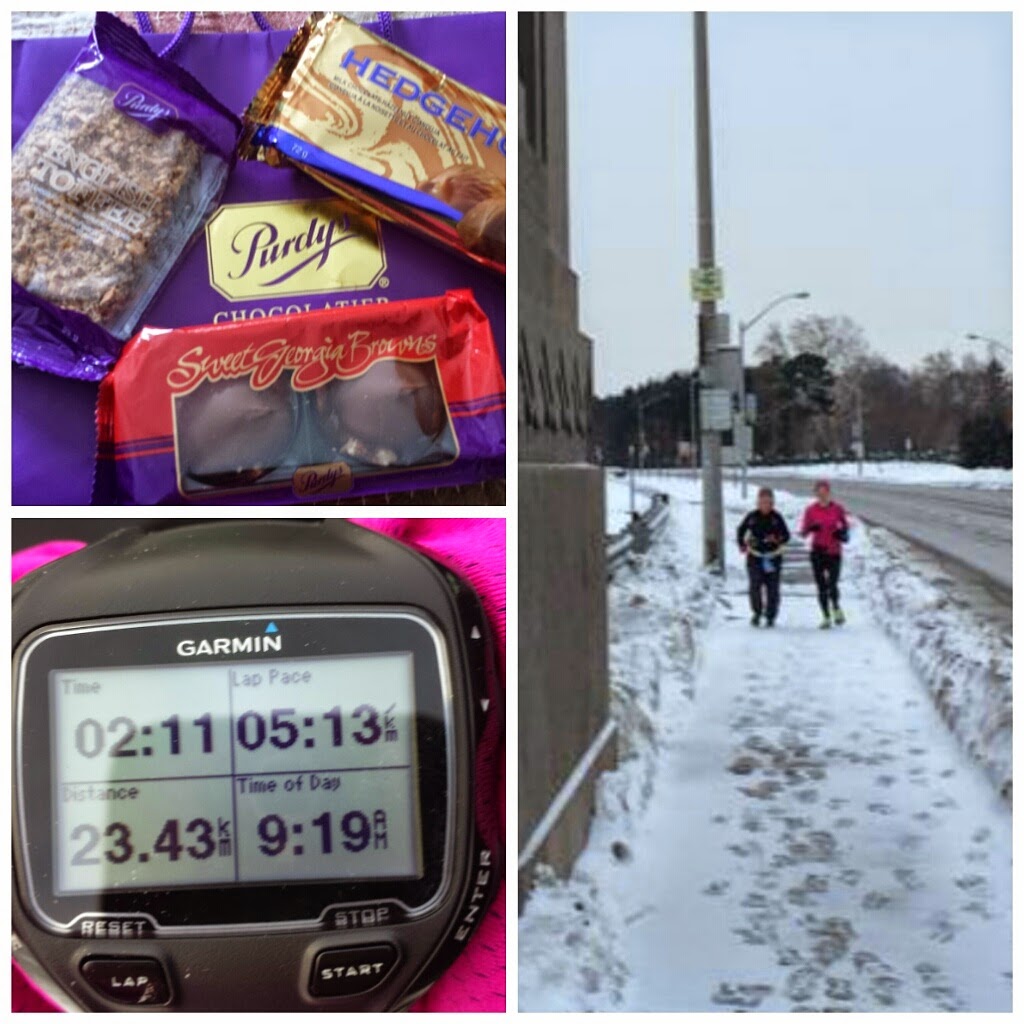