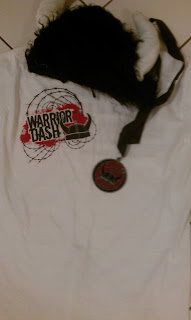 After reading about this race shortly after last years event I was so excited to sign up for this! I stalked the Warrior Dash website regularly and registered pretty much the day that the 2012 Ontario race was put up. I was pumped for this run, but then after a number of let downs with various partners my excitement level quickly dwindled. By the time Saturday came around I honestly couldn't have cared less if I participated or not. Boo. Going into a run with indifferent feelings is never a precursor to the turnout that I would like. Running is so much more than moving your legs, it's just as much a mental game. My oldest son Kyle ended up running this with me so at least I was excited for that. As a sixteen year old he doesn't bother with me much unless it's to give him money or spend money on him so I pretty much jumped at the opportunity when he said yes he would run this with me.
We were registered for the 11am wave so we got on the road shortly before 8am. I wasn't sure what highway 400 traffic would be like and I had a feeling that between taking a shuttle bus from the parking area and hitting the registration tent it would take a bit of time so I wanted to leave a little early. Of course my husband didn't think that this was a good idea, but that's only because it meant that he had to get up earlier. LOL Surprisingly we cruised to Horseshoe Valley without a single slow down on the highway! That never happens on a weekend in the summer! We found the parking area, forked over $20 (seriously, I didn't realize that we were going to a Leafs game!) hit the porta potties (which were apparently disgusting, the ones at Edgefest weren't even that bad! according to Kyle) and boarded the shuttle bus. In a few minutes we were at the resort and heading over to the registration area. This is where I finally broke it to Kyle that he was registered as Sarah. Other than a quick bitch session that he better not get stuck with a 'chick shirt' he took it pretty well. I was really impressed with how organized the registration area was. I honestly thought that it was going to be a mess with so many people running throughout the day! I got the two registration kits (and unisex tshirts....you're welcome Kyle) and headed back to my family. We put our timing chips (which also double as beer tickets) on our shoes and bibs on our shirts and headed over to the action.

Twenty six is the number of kilometers that I ran on Saturday. The most ever. To say that I was bagged after this run is an understatement! The worst part was that I had to be back home by 9am to drive Kyle to the GO Station (he was going to Edgefest) so I was feeling the time crunch at the end. Sitting in the cold bath once if was all over sure felt good though! 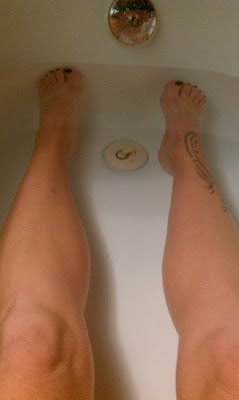 One thousand thirteen is the number of kilometers that I have run to date this year. That's CRAZY! At the start of 2012 this was my goal number for the year! Now I'm going to have to double that. Two thousand kilometers in 2012!  I'm going to get stuck running every day in December just to complete this quest, I can just see it. LOL

Fourteen is my percentage of body fat. Um, yikes. I've always been a small girl, it wasn't until I was pregnant with Kyle that I was ever over 100lbs, and other than during my two pregnancies have I ever been over 110lbs. Right now I am 107. Before I ran I was fine with that weight, but now my fat seems to have displaced itself and while I am still the same weight that I was a year ago I look too skinny. I really have to do something here, I hate seeing my clavicle. Everything that I've read on the Internet points to me eating more protein. Being a pescatarian this really limits me. Being a lazy cook and an even lazier eater (I've seriously skipped meals before because I couldn't be bothered to make myself anything) is limiting me even more. I'm kind of stuck here. After 25 years of not eating meat do I start to bring back poultry into my diet to make things easier on myself or do I pull up my socks and actually cook more. I just don't know........
﻿

Five. As is Vibram Five Fingers. These are the shoes that one of my coworkers showed up to work an 8 hour bar shift in last night. She bought them for the Warrior Dash on Saturday and wanted to break them in, God love her. She's been training really hard for this run and will be doing Tough Mudder next month too. Right at the start of the night I asked her if she had brought another pair of shoes because there was no way she could wear those all night. "I'll be fine" was her response. I'm sure you can guess how this night ended, and if not I just need three words to describe the state of her by midnight.....Blood, sweat and tears. LMAO

Saturday is Warrior Dash with Kyle and my nephews final game in the Canada Cup. Team Ontario is going for bronze. I hope we all kick some ass! 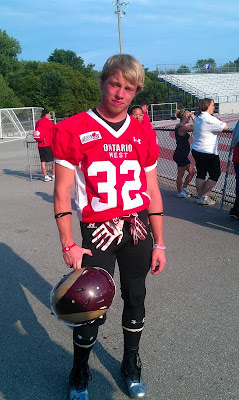 Rolling with the punches

I think that I need new 'real life' running friends. The night before my very first race my friend Ryan had to back out. Granted her grandma passed away so I can't really hold that against her. On New Years Eve I had registered to run the Resolution Run with my friend Sarah. She talked me into going out for a drink instead. This was a fun run so I didn't really care. I just wanted the jacket. In the spring Sarah and I signed up to run the Warrior Dash only for Sarah to realize that she had something else going on that day. I recruited my friend Ryan (yes dead grandma Ryan) to take Sarah's place. Yesterday she realized that she had mixed the dates up and will be in Vegas for the Warrior. ARG! Thank goodness my oldest son is sporty and has reluctantly agreed to participate with his old mom next weekend. Hopefully he doesn't find out that he will be registered as a 40+ woman! And finally. That 30k that I signed up for with Sarah. Yeah, guess who's dropping down to the 15k because she hasn't really been able to train. Hint. It's not me. I'm starting to feel like a bit of a loser here. It's my own fault really. I'm a planner. A planner who sticks with a plan until the end. My friends are not. I know this. They know this. I should realize by now that I can't change them so really, I just need to roll with it. Or run an ad in the paper for someone to enter races with me and actually stick with them. Now how to word it......... 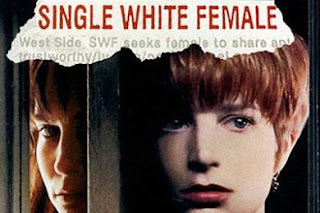 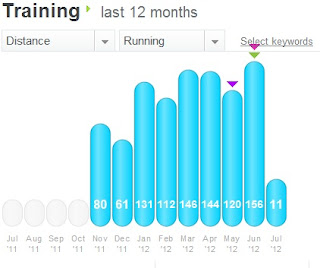 It would seem that June was a pretty decent month in my life. I ran the most km's ever -156 (that's even with running two half marathons in May!) and got a new 5k PB. My oldest son finished grade 11 with honours (and I'm still making him go to summer school to upgrade his chemistry mark.....worst mom ever!) and got his G2 drivers license which means that he can drive all by himself. At first this was scary but now it rocks because we can get him to run any crappy errand that needs doing! And that includes driving his brother around! My youngest son finished grade 7 without any run ins with the law and is now king of the school! If you do the math you can see that next June is going to be an emotional rollercoaster for me. One son graduating highschool and the other graduating elementary school. Where does the time go...........*le sigh* I did absolutely crap on the Green Smoothie Challenge only sticking with it for about a week, but I did only have about one potato chip sarnie for lunch in June so I'm adding this to the plus column! Oh, big news. I totally won the Handful Bra giveaway on Yo Mama Runs blog AND I got selected to be a gear tester for iRun.ca! Here's hoping that I get cool stuff to test out and not crazy things like nipple guards!

With July coming in I have the Warrior Dash to look forward to out at Horseshoe Valley. My friend Sarah who I had signed up with can't make it any longer so my friend Ryan (from the Trek or Treat race) is going to do it. I have not told her that this is taking place on the ski hills.....I'm silently hoping that she doesn't find out because she'll probably change her mind. Worst friend ever, I know. I did let it slip to her boyfriend last night so maybe she knows by now. EEK! I have also signed up to do Run to the Finishes' 30 Day Ab Challenge with Strong Like Susan . This was originally a June challenge with SLS that I had stumbled upon last month, but this month I'm going to try to stick with it and maybe do some of the July Sets Fireworks to Your Abs calendar. 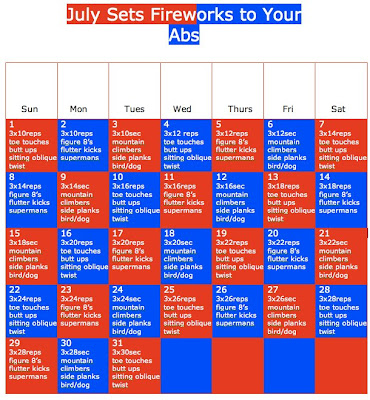 My core is an absolute disaster so I'm hoping that I can stick with this. I am almost out of ideas for why I occasionally cramp while running (I did again this past Saturday while out on a 23k run with Patty) so right now I am thinking that maybe it's from having a weak core? I can still feel the cramps a day later which seems kind of odd so for now this is the theory. Not much else is going on in July, but who knows what it'll bring......﻿
Posted by Sam at 1:18 PM 21 comments: