Training plans? What are those? I haven't followed a training plan since summer 2013 when I was training for the 1:45 half with Nicole. Sure I had PLANNED on following a marathon training plan last winter but plantar fasciitis ruined that for me really quickly. I am going to be following the Run Less Run Faster marathon plan for the Ottawa Marathon which will start February 1. I want to be able to keep my fitness up with the bike and swimming over the winter so that I can transition right into triathlon for the summer once my marathon recovery is over so with this it all fits in great. Since my goal is to BQ at Ottawa (Boston 2016 I will be 45 *gasp* so I "only" need a < 3:55 finish) my friend Zindine (Oakville pacer extraordinaire and my girlie Irina's DH) suggested that I do a 10k build up plan before hand. Sounds good to me. I do plan on tweaking it a bit though because I've been running tempos with Mari the last few weeks at her tempo pace which I'm enjoying and I still want to do my long runs with the girls. I run for the friendships that I've made just as much as I do for the joy of it, so while I'm base building I don't mind cheating a bit. Obviously during marathon training I won't be able to make sacrifices like that, so for now this is cool. The track workouts I'll do on the treadmill at the gym, and Zin has helped me figure out what to do on the spin bikes over the winter to make me stronger. Add in some pool time on Wednesday mornings and I'm excited to get started. Which I will be next week including a 20min hard ride to figure out my HR zones. Apparently these bike workouts will make me scream (hopefully it doesn't get me kicked out of the gym!), which has now been coined as #youwillscream and will be posted with all of my bike workouts. LOL

So this is how my weeks look to be shaping up: 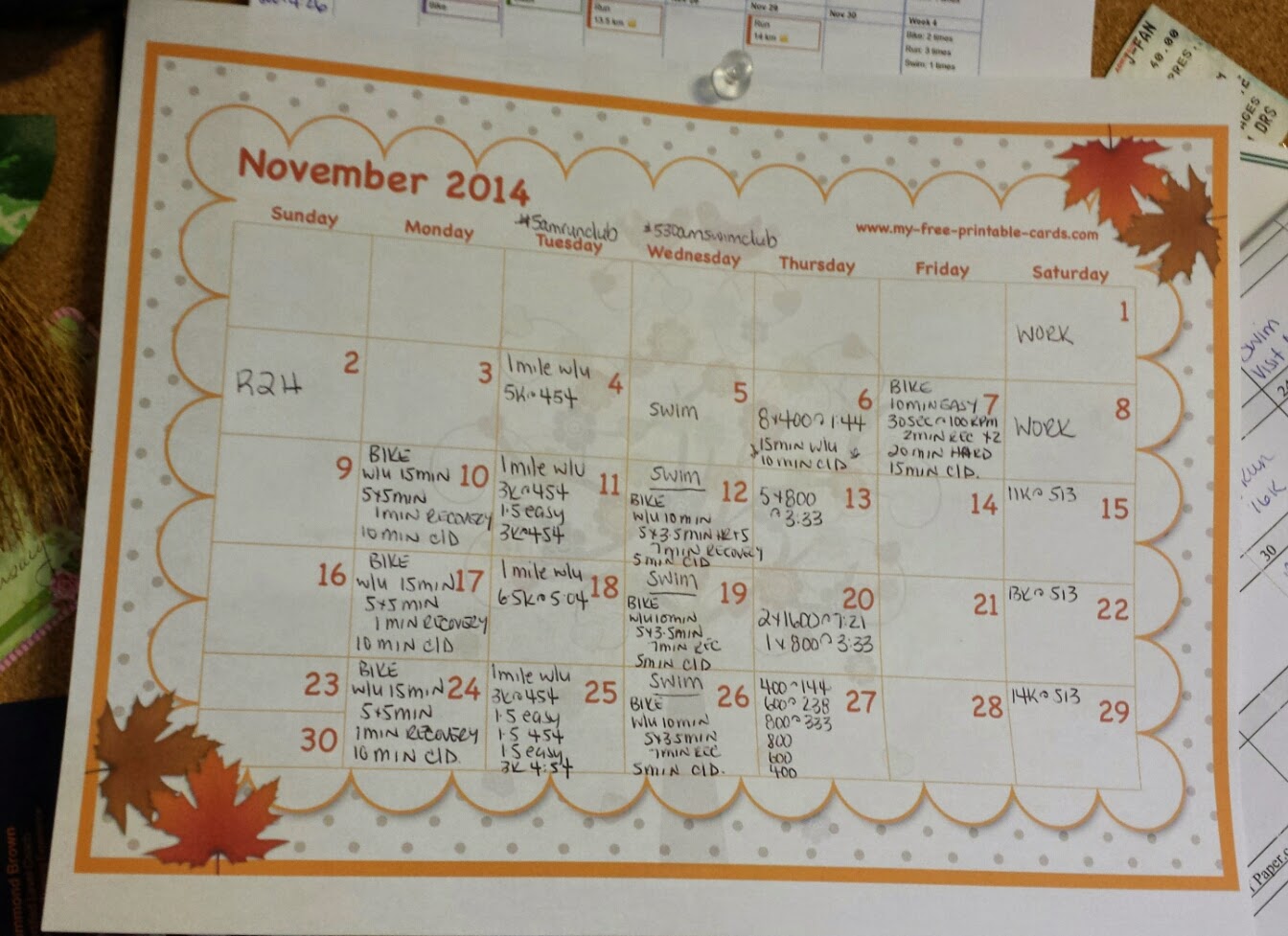 I'm planning on taking a week off between plans, but hopefully since the Tuesday and Saturday runs aren't that crazy at the start it'll all work out ok and I won't feel burnt out by the end of it. As far as races go for the new year, same old same old. Chilly Half (1:45 or bust, baby!) ATB, Mississauga Half & Ottawa Full. We'll see where the road takes me after that.....
Posted by Sam at 10:58 AM 6 comments: