I was feeling super burnt out after running all of my races this fall so after wandering around Fortinos last Sunday afternoon feeling like I was extremely hungover, I decided to take a few days off of running to rest. And just so that I would adhere to this notion, my body decided to let it's guard down and let me catch a cold and develop a cold sore at the start of the week. Cold sores are the worst! I only started getting them when I turned 30, but over the years I've figured out that I get them when I'm run down. Or go to the dentist. It's been a couple of months since I've been to the dentist so I'll have to accept the fact that I let myself get run down. Bad girl! I had also planned on making my way back to the gym on Tuesday (I'm sure that all of the trainers have been wondering where I've been!!) but instead I hit the couch when I got home from work because I felt like complete kak. Gordie didn't even get to go to the park that afternoon
and I missed my weekly Tuesday visit with my dad who is at home bored recovering from hip replacement replacement surgery. Yes, he got his 20 year old replacement replaced. I went up to bed at 8pm and as soon as The Biggest Loser was over I rolled over and went to sleep. Nine hours later I woke up feeling a lot better! So much so that by the end of the afternoon on Wednesday I was working the McMillan calculator and getting excited for Around the Bay! I love that course and am really looking forward to running the race healthy this year. I will also break the tradition of eating nachos the night before. So between letting my body rest, working and parenting this week 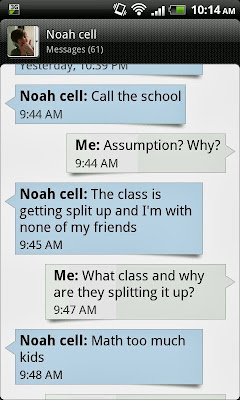 I've been planning the start of 2014. A few short days ago I was sick of racing, and here I am now planning it all out! Rest. It does a body good. I think that's actually supposed to be milk doing a body good but I can't drink that any way....

CHILLY HALF-  THIS is where I'm supposed to get my 1:45 or better half. Forget the other races I've run, I know this course like the back of my hand. I run Lakeshore every. Damn. Week. Chilly, I'm coming for ya!

AROUND THE BAY- I registered for this the day after I got my 1:47 at the Oakville Half. Corral C here I come! Hopefully I will not have a cold this year nor an upset stomach. Alternating between blowing my nose and feeling like I'm going to puke does not provide the best race memories.

MISSISSAUGA MARATHON- After Patty told me that Robin was going to pace her at this race, I took it upon myself to offer up my and Phil's services to help Mari get her BQ with a sub 3:55. Ha, the look on Phil's face when Mari was thanking him for running with her was pretty hilarious. Details, Phil. Details.

SULPHUR SPRINGS 25K - I heart my memories of this race so much. Unfortunately Marina can't run it this year because it's her daughters bday so I've enlisted Emma to take her place. I hope they give out the same hats as last year. I lost mine and it was a great hat!

MOON IN JUNE 5K - 5K's suck ass but I've AG placed here both times that I've run it so lets see if the third time is just as lucky.

So that's it for the first half of the year. I may do the Canada Day 5K again just because I liked the medal. We'll see if anyone else is doing it. I also do not have a bday weekend 10K on my radar like usual. While I would like to see how I could do at one I have to be choosy about the days that I book off of work in 2014. It's my FILs 80th bday this summer so we'll more than likely be taking a trip out east for the celebrations. Oh! Do they have races in Newfoundland??!!
Posted by Sam at 8:40 AM